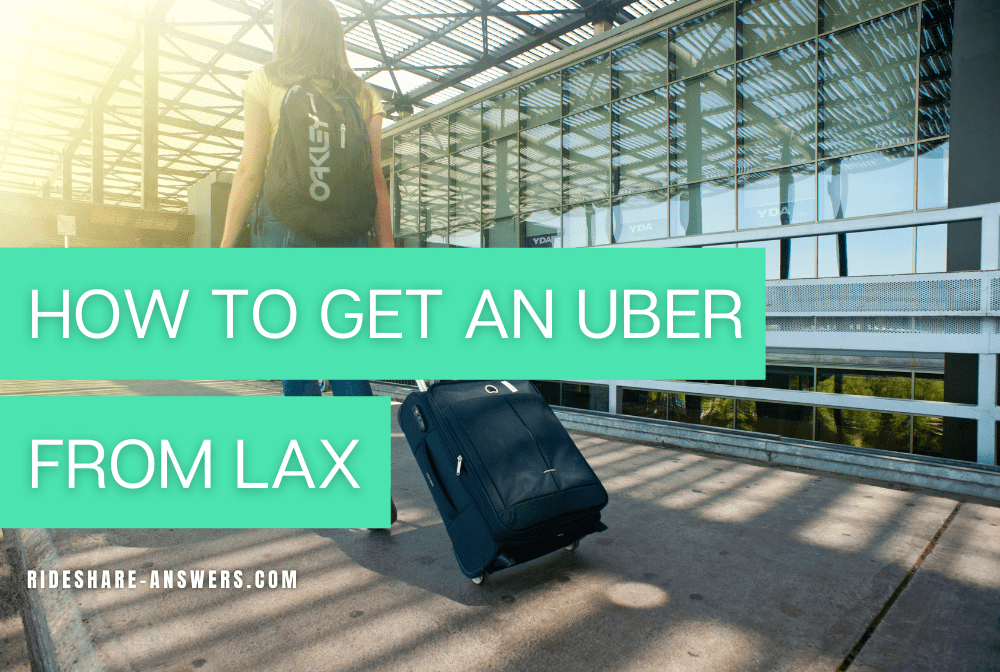 LAX is one of the most well-known airports, and is a top destination for those wanting to visit Los Angeles. This also makes it one of the busiest airports at any time of the day. Whether you’re catching a flight from LAX or to LAX, chances are, you don’t want to bring a car on your journey to the airport.

Trying to navigate LAX can be overwhelming in and of itself. Hoping to be able to hail a cab is another daunting task, so Uber is probably one of your best bets to get out of LAX and get to your intended destination. With the bustle of LAX, however, this may also prove to be difficult unless you follow some of these handy tips.

Use The Shuttle First

You’ll be hard-pressed to find an Uber driver that would willingly drive directly into the airport terminal. Even if they wanted to, they couldn’t. LAX actually banned Ubers from driving into their airport terminal to pick up passengers at the curbside area to try to avoid as much unnecessary congestion as possible.

However, you can get an Uber if you take the LAX-It shuttle. This will take you out of the craziness of the airport into the shuttle parking lot, where your Uber would be happy to pick you up from. Depending on what terminal you fly into and how much luggage you have, you may even be able to walk to the LAX-It lot.

These shuttles are a bright green color, so they are very hard to miss. They also come pretty often, so if you miss one as you exit the airport, you won’t have to wait long for the next one. The ride only takes about 15 minutes, so you’re not adding a lot of extra time to your commute.

How Uber At The LAX-IT Lot Works

When you arrive at the LAX-IT lot on the shuttle, you can request an Uber as you normally would. There are a couple of things that will be different about the process from LAX, though.

There are designated places for you to wait for your Uber, to avoid you having to walk around a large lot and to avoid your driver having to search for you. During very busy times, there is a PIN system implemented where you will be sent a PIN that you subsequently match with your driver. This works out to be a first-come-first-served system of sorts when done correctly.

The LAX-It lot has several lanes that are specifically in place for drivers from various ride services to pull into to wait for their passengers. If for any reason you get lost, there are representatives that’ll be wearing bright green vests that can help you find your way. There will also be Uber representatives on sight in black if you need help from them.

If you end up having to wait a bit, there are areas to sit and find some shade in the lot. There are also sometimes food trucks and coffee carts around so you can grab a quick snack while you wait.

Los Angeles isn’t an easy place to drive through on its own, so you can imagine how hard it is to drive through the airport. Because many drivers aren’t super excited about driving airport commuters, Uber will sometimes implement surge pricing for these requests.

Of course, depending on your final destination, it may not be the most expensive transportation option. Parking at an airport can be quite costly, and renting a car can be expensive as well.

You can also use the Uber website to schedule a ride and reserve a driver before your flight. You can do this up to a month before you are set to arrive at LAX. This can be done regardless of whether or not you’re flying to or from LAX.

This could be a good option if you don’t have the time to wait for the LAX-It system to work for you.

This System Is Temporary

There are some drawbacks to the LAX-IT lot system, but it’s the most effective one in place right now. It’s a temporary solution to try and manage the congestion and slow traffic that exists around such a popular airport.

There are plans to create a new system, called the Automated People Mover, in a couple of years. This will essentially be a train system through LAX that makes it much easier to travel outside of the airport.

Getting in and out of the airport can be one of the most stressful aspects of traveling. Don’t let it put a damper on your trip by taking a few extra minutes to plan ahead. Using an Uber to get to and from LAX isn’t impossible; it just takes a few tricks and some patience.

You May Also Be Interested In These Airport Guides