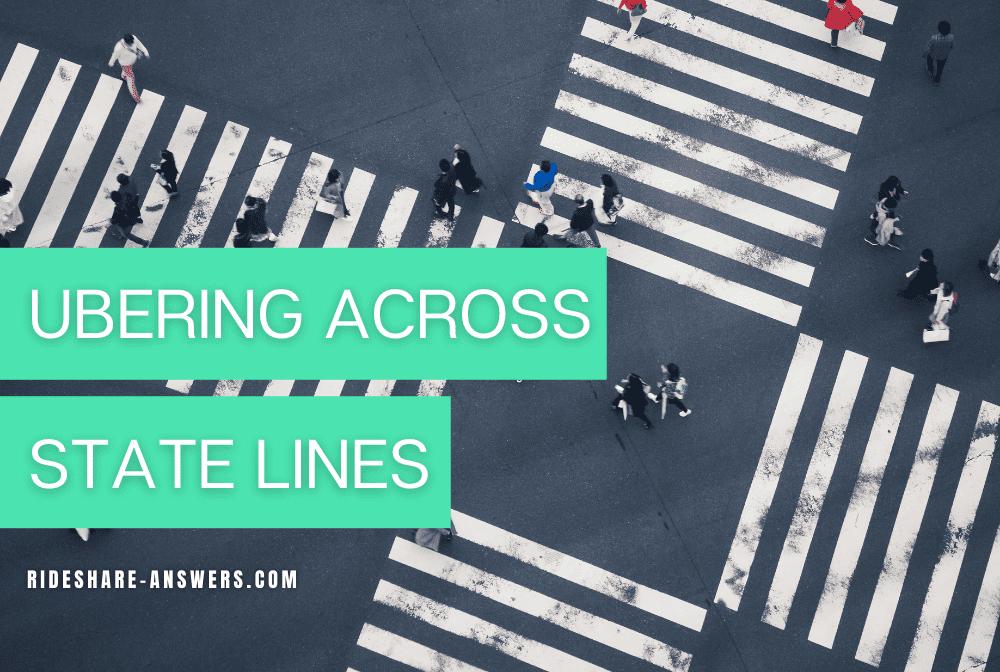 As an Uber driver, the location that you work in has a significant impact on the number of passengers you get and the times that you are busiest.

You might be considering working as an Uber drive in multiple cities, states, or territories. Logically, this would increase your options and ensure you always have enough work while driving.

It may also seem like a good way to see new places and prevent yourself from getting bored of driving in the same areas.

In this guide, you’ll find out whether it is possible to drive and operate an Uber in various locations so that you can plan accordingly.

Uber drivers are assigned territories and are approved to work in these specific areas.

They are only permitted to pick up passengers and operate within the boundaries of their territories which are pre-determined when they initially apply for their Uber driving license.

For example, if you applied to work in a certain territory, Uber will either approve this upon your application, or in some cases, they may suggest that you apply for a different territory due to driver competition or some other factor.

The reason for driver territories is that it prevents many drivers from operating in areas that are already busy when their territory is quiet.

If all Uber drivers were free to travel across multiple cities or states, this would likely lead to some areas becoming overly crowded and others experiencing a shortage of drivers.

Can I Drop Off Passengers Outside My Territory?

It’s important to note that although you cannot pick up passengers or advertise your services on the Uber app outside your territory, you can still drop them off.

There are no restrictions on the distance you can travel to drop off a passenger provided their journey began within the boundaries of your territory.

This is a logical rule, as it means that Uber’s service can be used for long-distance journeys without the rider needing to get out of one car when they leave the driver’s territory and find another ride for the remainder of their travels.

It also allows Uber drivers to earn more from passengers using the service for long-distance journeys.

Can I Get Approved to Drive in Multiple States/Territories?

Although generally most Uber drivers are limited to working within a single territory which they must apply and be approved for, the company does make some exceptions to this rule.

If you can present Uber with a valid argument that justifies your need to drive in multiple states or territories, there is a chance that they will approve this.

Whether or not this is possible comes down to the judgment of Uber and whether or not they believe it would be in their best interests to allow you to drive and operate in multiple locations.

An example of a valid reason might be if you are living between two different states for a couple of weeks at a time to see family members.

Rather than missing out on weeks of work at a time, it would make sense for Uber to allow you to work in your hometown and the location that you stay with family members regularly.

In some cases, Uber approve temporary relocations of driver’s territories.

This allows the driver to work in a territory different from their approved area for a limited period of time.

One example of when this might be granted is if the driver is moving to another state for the summer months to be with family or friends.

Uber will provide the driver with approval to work in the area that they’re temporarily relocating to, and also give them the dates which they are able to do so within.

Also, it’s worth noting that Uber often allows its drivers to extend their coverage territory, which is the area where they are able to pick up and receive ride requests from customers.

This extension is commonly granted for nearby cities or states which are not located too far from the driver’s originally agreed territory.

Driving and operating an Uber in multiple territories may seem like a logical way to increase your earnings and ensure that you’re always busy.

Uber’s reasons for not allowing this are simple. It would cause drivers to flock to the busiest areas, leaving other territories with shortages and damaging the reputation of the service.

However, with options to temporarily relocate your agreed coverage area, you can still use your Uber in other cities or states if required.

Drivers are also able to drop off their riders in any location, they just can’t pick them up or advertise their services on the app anywhere that is outside their predetermined territory.