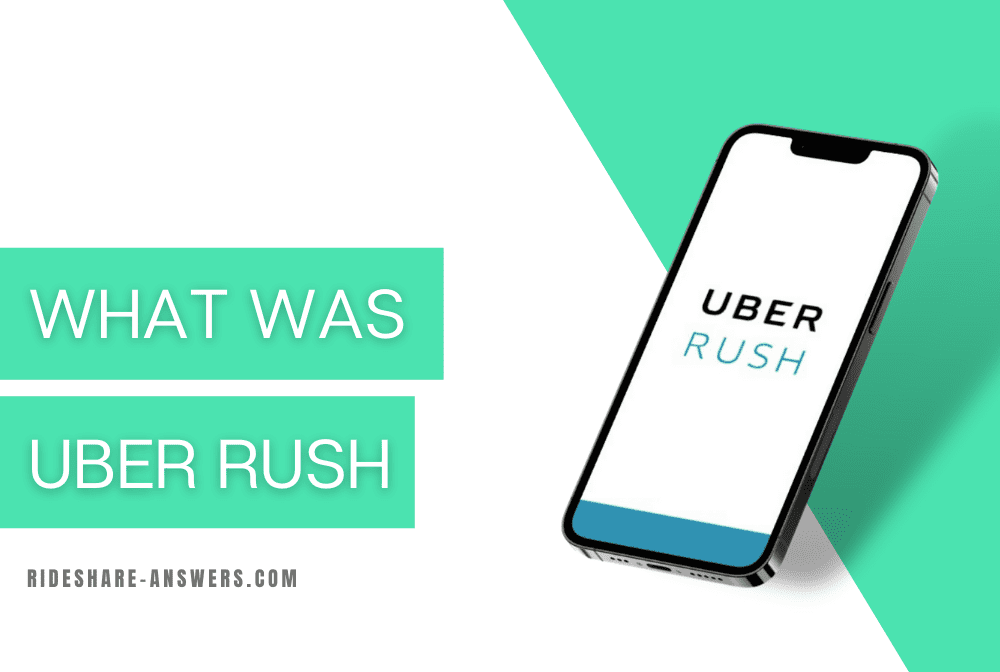 Have you ever found yourself so busy that you couldn’t find the time to pick up an item-food, documents, etc.- you want from its location? You probably contracted the services of a courier company, right? In doing so, you might have had challenges finding a company that offered fast and efficient delivery services.

Who Did Uber Rush Target?

Uber Rush was developed to provide fast and convenient on-demand courier services to its customers. It was a great platform that served the interests of various people that include:

It’s worth noting that other than drivers, any individual or business could use Uber Rush. Drivers were required to be well-trained and reliable, which was ascertained through background checks and interviews. They were also required to be above 19 years old, be able to lift heavy items, and have a valid driver’s license, among other requirements.

How Did Uber Rush Work?

The convenient use of Uber Rush was linked to its easy-to-use feature and straightforward ordering process. It could work in two ways.

Customers who needed delivery services could use the Uber app’s Rush function. They would provide relevant information like the pickup location, as well as the item description and destination. A driver would have the discretion to accept or reject the job based on several factors. Once customers finalized their order, they could easily track the delivery, in real-time, through the app that is compatible with iOS and Android devices. All communication was done via the app.

Similarly, Uber Rush could be integrated into a business’s systems, where customers will make their order and pay for it, too. The business would then ping a driver to deliver the item(s). Again, communication and tracking of delivery were done via the app.

Uber Rush was restricted to certain items. People and pets (regardless of their size and weight); fragile, dangerous, or expensive items; illegal items; and stolen items could not be delivered with this service. A driver could also reject a ping due to the size and weight of an item. The following applied to every delivery:

Please note that drivers could not cover the cost of purchasing the item to be delivered.

Why Did Uber Rush Shut Down?

On June 30, 2018, Uber notified its customers of the planned closure of Uber Rush. However, through an email sent three months before the closure, the company did not provide any reasons for that decision. Other than the fact that it was making bold steps to build technology that would reliably serve its global users.

What could have led to this decision? Below are possible explanations:

Low Economic Value– While all Uber products have different economic and strategic values, they rely on similar labor resources. Unlike Uber rides (the company’s key competency) and UberEats (where Uber gets 30% of the order value as a commission), the Uber Rush service did not prove viable. A major reason for this is that Uber only played the transportation role and wasn’t paid a coin for marketing Uber Rush products.

Unpredictable Demand– The classic Uber rides and UberEats were adopted fast by many users. The predictability of their demand enabled the company to balance its demand and supply. This was not possible with Uber Rush products, whose sporadic use led to higher levels of demand unpredictability. As a result, Uber saw it fit to shut down this service due to its unpredictable nature.

Difficulty Adjusting its Structure– With the entrance of Uber Rush, the company had to make a lot of internal and cultural changes, which can be challenging for a company as large as Uber. To reduce distractions- that led to several lawsuits and leadership issues- the company scrapped off Uber Rush and to work on improving its long-term success by focusing on Uber rides and UberEats.

For the four years Uber Rush was operational, Uber Rush service served individuals needing delivery services, businesses, and couriers with a high level of convenience and reliability. While it’s not clear what led to its closure, this article has provided possible reasons why that decision was made.  Even so, Uber remains a top brand, thanks to Uber rides and UberEats.