Of all driver lingo, “pax” has to be the one that comes up most. We walk you through what it means and where it comes from. 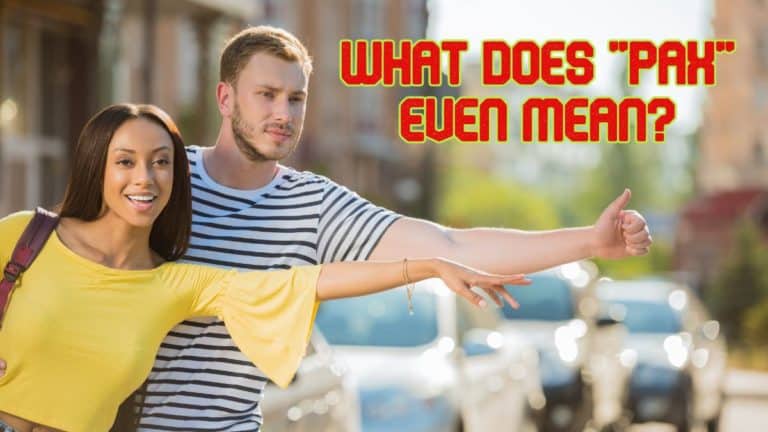 Like any other industry, the rideshare industry has its set of lingo. A notable one is ‘Pax’ that can be a bit confusing, especially for new drivers and passengers.

Pax is not a relatively new term judging from its use that goes back to the 1940s. However, it became more popular in the 1970s following its common use in the UK’s Passenger Transport industry as a standard term. But, is there any new, modern use of the term that you may not be aware of?

This article takes a deeper look at Pax concerning its use in rideshare services. Continue reading to find out what is Pax for Uber drivers.

How Did Pax Develop?

As stated above, the use of Pax dates back to several decades ago. What’s not clear, however, is what led to its popular use in the modern-day world. Many reasons could explain this.

There’s no doubt that Pax, which is the shortened version of passengers, is easier to write and/or remember. Take the example of transport managers who have to routinely generate reports for their company- a process that could easily be done with computerized systems. This, however, was not possible in the 1970s due to the lack of advanced computer technology, and these managers would end up with very long reports. Using Pax (rather than passengers) helped to shorten the reports a bit.

Similarly, Pax has for s long time been used to describe and break down the different types of passengers. In the bus industry, this could take the form of ‘paying passengers’ or ‘passengers with passes/tickets. It also makes sense to Uber drivers due to the diverse nature of their customers.

Why Is Pax Important?

Other than its use in the real estate industry (to denote an apartment’s occupants), Pax is more commonly used in the transportation context to denote passengers. This does not only relate to rideshare services like Uber, but to buses, coaches, and planes, too.

It’s also worth noting that Pax/Passenger implies those that pay for the ride. The importance of this fact is linked to its use in the bus industry, which encompasses passengers that pay when boarding, as well as those who use Passes(that are paid in advance or in agreed intervals). You might be wondering why it is important to distinguish between the two, right? After all, they both have to pay for their transportation at some point.

To get a better idea, let’s consider pensioners in the UK whose fare is paid for by Local Authorities. These Local Authorities also have the option to pay the transportation company a standard amount to provide special services, which would otherwise be unprofitable. As such, the transportation company will use Pax to analyze the viability of the service being provided. The analysis serves to address concerns like:

On the other hand, the Local Authorities will like to know how their money is spent.

The analysis above also applies to Uber drivers for various reasons. A driver can have a regular customer who orders for cab services at a certain time i.e. to and from work, every day. Similarly, they can have irregular customers, some of whom are new customers and may call a different driver in the future. For all these cases, analyzing Pax will help the driver to offer more efficient services and make more money in the process.

Other Uses of Pax

Please note that this article focuses on the use of Pax in the transportation industry, specifically the Uber rideshare services. Its use in other contexts may bring unnecessary confusion, which is why it’s important to know other aspects where it’s used.

Other than passengers, Pax could imply an apartment’s occupants, precisely adult human beings. An infant carried in a portable cot, for example, wouldn’t qualify as Pax as they do not occupy ‘bed space’.

Regarding Uber rideshare services, a customer’s luggage would not qualify as Pax. The same applies to pets- while they can be included in the cost of your Uber ride, they do not occupy a seat.

While some industry terminology might seem complicated, they’re simple terms with a rather straightforward meaning. By reading this article, you’ve understood what Pax means to Uber rideshare services.

Please note that the current use of Pax is not limited to the transportation industry. It has grown to become a term used to describe customers or people who occupy space. Its use has spread to include the real estate and hospitality industries, in which case it implies people who need to be entertained or accommodated.

More from this author