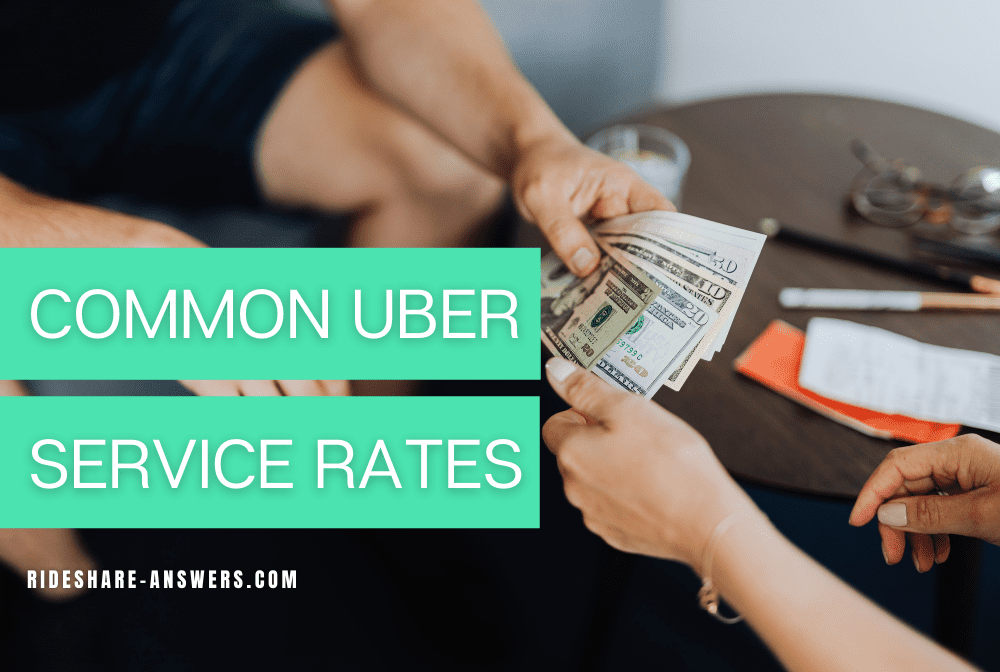 While Uber was originally launched in the United States with one ride type, it has expanded and contracted many times over the years, introducing many different concepts and either keeping them or (in some cases) scrapping them altogether.

Some Uber types, such as UberBlack were originally launched as a very different ride type than it is now. In many ways, UberBlack was a testing ground/dry run for some services Uber subseqently moved into their other service levels.

And while for many, Uber just means good old fasioned Uber X, people with bigger parties and more refined tastes keep the other service levels running.

Uber’s original unique selling point was how much cheaper a ride was compared to taxis. While Uber still does hold this corner of the market, it has since expanded into several services such as UberBlack that are markedly more expensive than taxis.

However, for those of us who just want a cheap ride, there are still the following tried and tested economy Uber ride types.

The most common and least expensive Uber service, UberX is typically the version of Uber that you’ll find in every city and country around the world that Uber operates – it’s is what most people think of when they think of Uber.

An UberX car seats 4 riders in total (for more you’ll want to step up to XL). Drivers typically use sedans like Toyota Prius, Honda Accord.

As with most Uber services, you call an UberX via the Uber app and a driver is sent to pick you up and take you to your final destination. Alternatively, you can add multiple stops to your ride, and split the fare accordingly with your fellow passengers.

If a four person UberX isn’t big enough, call an UberXL. As an upgrade, an UberXL seats at least 6 passengers. An UberXL car will be an SUV or a Minivan. Higher fare price than UberX, but lower price per person as you have additional riders.

Uber Select is like UberX but slightly more refined. You get the cream of top rated drivers, and you get nicer Uber cars that are typically top of their respective range with leather or vinyl interiors as standard.

However, for Select you’ll pay about three times what you would with X – so really it’s Uber Black in any other color!

Again, as with Uber X, you’re looking at four people total, and it’s ordered in the normal way.

Sitting somewhere between a taxi and a bus, Uber Pool is the most cost efficient way to use Uber. Where normally you get an entire car to yourself, with Pool you’re sharing with whomever the rider has picked up that is headed in the same direction.

As with most other ride options, Pool can be called in the regular Uber app, and the driver will come to your location to pick you up.

However, it can take a little longer to arrive and to get to your destination, so Uber Pool is not recommended if you’re in a rush.

Uber Extress Pool is a version of Uber Pool that is being rolled out to select cities. The difference between regular Pool and express is that the riders have to make their way to a dropoff point rather than having the driver come to them. This means less detours for the car, which results in a quicker ride that is still cheaper than other Uber ride options.

Very simply, Uber Comfort is UberX with newer cars. Where X leaves the driver pick up passengers in cars over 10 years old that meet the usual vehicle requirements, with Comfort you’re guaranteed a pickup from a car that’s under 10 years old. A fairly mild upgrade over UberX.

Uber’s premium rides were originally launched to get around restrictions at certain airports, but as those restrictions were lifted, several of the features were released into the economy rides.

That being said, Uber services such as UberBlack are still quite popular for those who want a high quality ride in high end Uber cars. Here’s what’s available.

Uber’s ‘executive’ luxury black car service, the equivalent of hiring a chauffeur for four people instead of a taxi. Commercially registered and insured livery vehicles with professional drivers, Uber Black also boasts only high end luxury black cars. Of course, you pay for the upgrade, but if you have the money, it’s well worth your time.

Replacing the original Uber SUV service, Uber Black SUV is what you get when you cross UberXL with Uber Black – large, luxury vehicles.

If you have a party of five or more that will not fit in your typical UberBlack, the Uber SUV option upgrades you into a bigger vehicle with expanded leg room, as well as the usual upgrades you expect from Uber Black such as high end vehicles and professional drivers.

As Uber has expanded to take on millions of passengers a day the world over, they have contined to try out many new Uber ride types to suit everyone’s needs.

While some of these offerings have either disappeared, or just had their features absorbed into other existing types, here are the “black sheep” that still exist in some markets.

In addition, each Uber driver in this class is certified (by an official third-party) for driving as well as assisting passengers with disabilities.

While most taxi firms aren’t even set up for this service, Uber has it available in all major destinations.

Most Uber drivers do not carry a car seat, and as such may have to refuse your ride. To help with this, Uber offers the “UberX with car seat” class.

This class is the same as UberX but the Uber driver has a car seat installed for carrying small kids. A massive life saver for those travelling with small kids, especially popular in locations with theme parks such as Florida and California.

Another niche Uber service that was launched to fit a gap in the market, Uber Ski comes to the rescue of ski resort customers who have found that taking skis via taxi or bus is impractical at best, impossible at worst.

Uber Ski allowes passengers to request an Uber ride with either a ski rack, a truck bed, or enough trunk space to fit passengers, luggage and skis. Best of all, the rates are typically that of UberX but with a slight upcharge.

Again, a lifesaver for a small number of people who need to get around with non-service animals, but find most taxis will refuse them.

With Uber Pet, you have a driver and vehicle that have confirmed ahead of time that your pet is welcome, making getting around a breeze.

Picking the right Uber Types for you

While there are currently a wide range of Uber ride types available at the moment, as long as your needs are reasonably straight forward, your choices come down to how many people you have (less or more than four meaning X or XL), how much of a rush you’re in (to pool or not to pool) and whether or not you want luxury cars (choose from one of the luxury vehicles services).

Of course if you need an Uber car seat, ski car or Uber Pet service, you already know what your choice is.

Once you know your needs, it’s pretty easy to pin down which Uber type you need.

Back when this site was first set up in 2016, Uber and Lyft only had three types, and the prices were vastly different. Back then you could get an Ubder ride across town for $4.50 pretty easily. Now you can’t get into an Uber for less than $4.

What a wild ride.