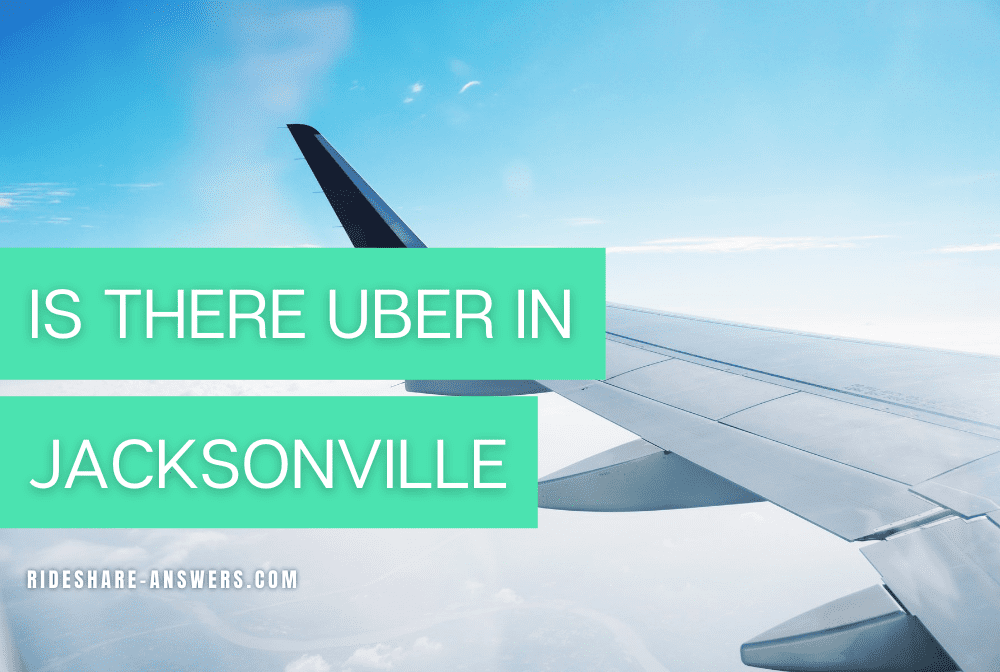 Uber has made its way to Jacksonville, with the potential for many to find success driving Uber. Jacksonville is a jubilant city with places to go and people to see. With less people driving cars and more people wanting to reduce their carbon footprint, Uber continues to grow as a top choice for people to get to their destination.

Jacksonville is the largest city in Florida, and there’s also a major airport located in the city. Furthermore, there’s a port, a job center, schools, and fantastic nightlife. The population is close to one million and growing. The metropolis is close to the Georgia border and Miami, and the vast areas within the city are divided into neighborhoods that have something to offer to anyone.

Jacksonville is a bustling tourist destination with many sights to see. It’s a great place for anyone who loves nature. Jacksonville is surrounded by stunning water, with bountiful flowing rivers and beautiful beaches. There are also national and state parks for hikers to explore.

Foodies can also enjoy an array of delicious cuisines and delectable craft beer, which creates endless opportunities for fun during the night. With all these reasons for tourists to flock to Jacksonville, many of them will opt for Ubers to take them to their destination of choice rather than trying to navigate the city on their own.

Why Should I Drive For Uber In Jacksonville?

At any time of the day, someone will be hoping for a ride but either may not have access to a car, or may not want to use it. There are endless opportunities to make Uber a great business opportunity regardless of what pocket of time you may want to do it for.

So many people are looking for the ability to work but also want to take control of their work/life balance. Uber allows an opportunity to create your own schedule and have more of a say in what type of income you make. This allows for you to have more time to do the things you love and spend more time with your family without sacrificing an income source.

What Hours Are Best To Work For Uber?

There are many ways to earn with Uber in Jacksonville no matter what type of schedule you would prefer. You can follow the typical Monday to Friday workday of shift workers. You’ll see plenty of business helping people commute to and from work.

If you start early, between 5 a.m. and 6 a.m. you’ll be able to take people to work. You’ll get a little break while people are working the day away, with a little less traffic. Then, you’ll be rested for taking people home from work between 4 p.m. and 8 p.m.

If you’re more of a night owl, you’ll be able to get plenty of business helping people get to and fro while enjoying a night on the town. There are nightclubs, late night dinners, and parties that people are going to want a safe ride for. You may be surprised that it’s not just weekends that you’ll see nightime activity.

If you start around 9 p.m. or 10 p.m. that’s when people typically start heading out for their evenings. You’ll probably see people requesting rides for their night plans until midnight, and shortly after, people will be needing rides home.

Is It Worth Stationing An Uber By The Airport?

You can also stick with a shorter schedule while still raking in the money if you set yourself up by Jacksonville airport. This is one of the busiest airports in Florida. It sees thousands of passengers every day, many of whom do not want to leave their cars at the airport. Travellers making their way in may not want to pay expensive rental fees for their own car.

You will want to start early around 6 a.m. and keep going until noon. Driving for airport commuters around rush hour traffic could be a headache, despite there being airport traffic all day, every day. That being said, being willing to work near the airport any time of day will definitely bring you a lot of business.

With how large Jacksonville is, and the growing population, there is still a hot market for Uber drivers to start driving. With such an expansive city to peruse, one can take a variety of routes and get a chance to see a part of the city you’ve never seen before while making money.

There aren’t many other jobs that let you explore while you work. Being located in such a lively city is one of the many perks of becoming an Uber driver. It’s a great way to earn some extra income while being in control of your schedule.

You May Also Be Interested In These City Guides