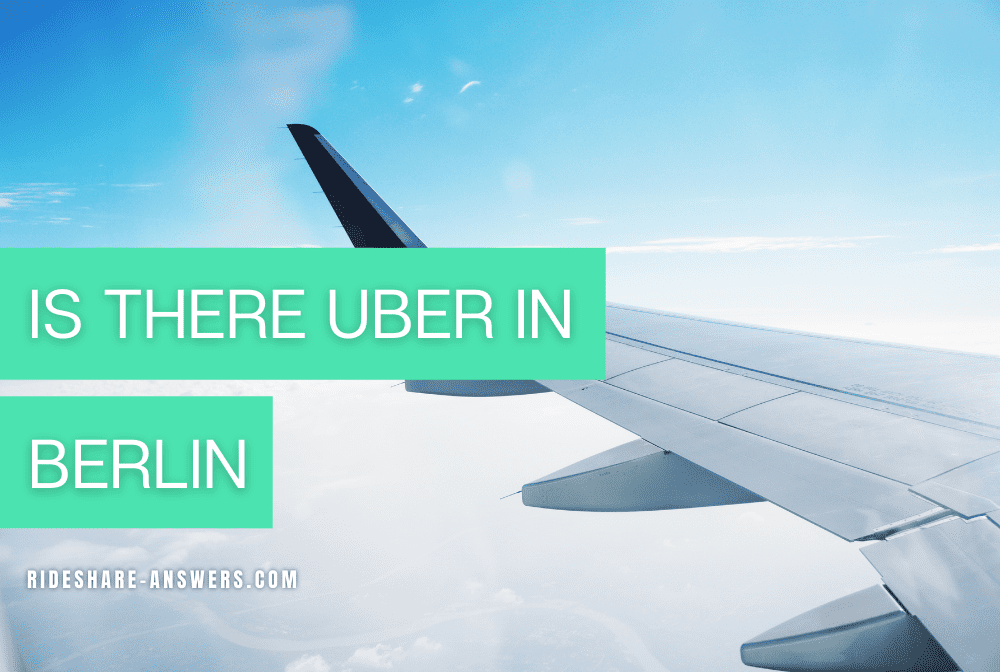 Uber is available in Berlin, Germany’s most expansive city. Much the same way that Los Angeles sprawls across a wide area versus the compact nature of New York City, Berlin stretches across an area that doubles both Munich and Cologne. Because of its wide expanse, there are times when personal travel is preferable to public transportation and Uber delivers.

Whether you are riding from the airport to the Ritz-Carlton at an estimated expense of 39€, or riding from the Brandenberg Gate to the Reichstag Building for under 8€, there is a lot to do and see in this formerly divided city.

Which Uber Services Are Available?

How To Hire and Pay the Driver

If you are already acquainted with the Uber App, it functions the same in Germany as in America. If you have never used the app before and this is your first adventure into ride sharing, an email verified account is required through Uber with a valid payment card attached to your account. A good rule of thumb is to reserve a ride rather than wait for a driver to accept your request if you can predict your arrival time with confidence. This is especially true at the airport and major tourism hotspots which are abundant in Berlin.

While some peak hours may occur at normal meal times for departing some tourism spots, you will not find peak hours for nightclubs when they close. That is because there is no closing time for Berliner night clubs. You will, of course, need to go home at some point in time when you have had enough fun for one travel-weary club afficionado, but the lack of a forced closing time means that you will likely not run into peak hours, such as in the States when last call turns into closing time.

Cash is not accepted in the Uber system. Rather, the driver accepts payment through your chosen card through the app. The base fare is 2€ and standard mileage is 1.26€. Most half hour long rides, given a lack of traffic issues, will normally cost between 40€ and 50€. Make certain you plan ahead for this expense by consulting exchange rate if you are travelling internationally from outside of Europe.

Tipping is an American custom that many European institutions do not practice. Most wait staff, valet staff, and hotel staff are compensated at a higher rate than their American counterparts, so tipping is not seen as a requisite, and is occasionally seen as improper. Since Uber is an American originated business model, it is up to you to choose to tip or not. Your driver will likely still appreciate the extra funds, but the best way to be certain is to simply ask.

Is it Possible to Take an Uber out of Berlin?

For travellers who are attempting to see more than Berlin, it is important to take note that some cities do not allow Uber services within their jurisdiction and many drivers are unwilling to travel too far outside of city limits.

The cities that do support at least UberX are Berlin, Munich, Düsseldorf, Cologne, Hamburg, Stuttgart, and Frankfurt.

For those drivers that are willing to drive you and your party into the countryside, just note that it is at the discretion of your driver about returning to pick you up from whatever business you are engaging with outside of the city. The service is possible, but not guaranteed.

The Berliner government makes available on its website all the current rules, social distancing and masking requirements, and vaccination preferrences. Currently, all passengers on public transit and privately driven vehicles, such as taxis and Ubers are required to mask with FFP2 or KN95 mask without a ventilation valve. Always check current events in cities before you travel as case spikes may increase restrictions.

Drivers are not required by the city of Berlin to mask, however Uber policy requires it of their drivers and passengers.

Much of the city has reopened including its bustling nightlife. The lack of peak times mentioned above may shift, however, if the city goes back to an enforced closing time, which in 2020 was from 11pm to 6am.

Berlin is a city with deep roots in ancient and relevant history. From Roman westward expansion to the horrors of the second World War and straight through to the center stage of the Cold War, it is any history buff’s dream location.

It also has a famous night life unparalelled in much of Europe. Connecting from one spot to the next in a strange city with a differerent layout, it is highly likely you will want some sort of transportation assistance.

Hiring an Uber is cheaper than a taxi and more direct than public transportation. Don’t worry about tipping your driver, but take care of them with a good rating so they can continue to enjoy driving in Germany’s biggest city.

You May Also Be Interested In These City Guides