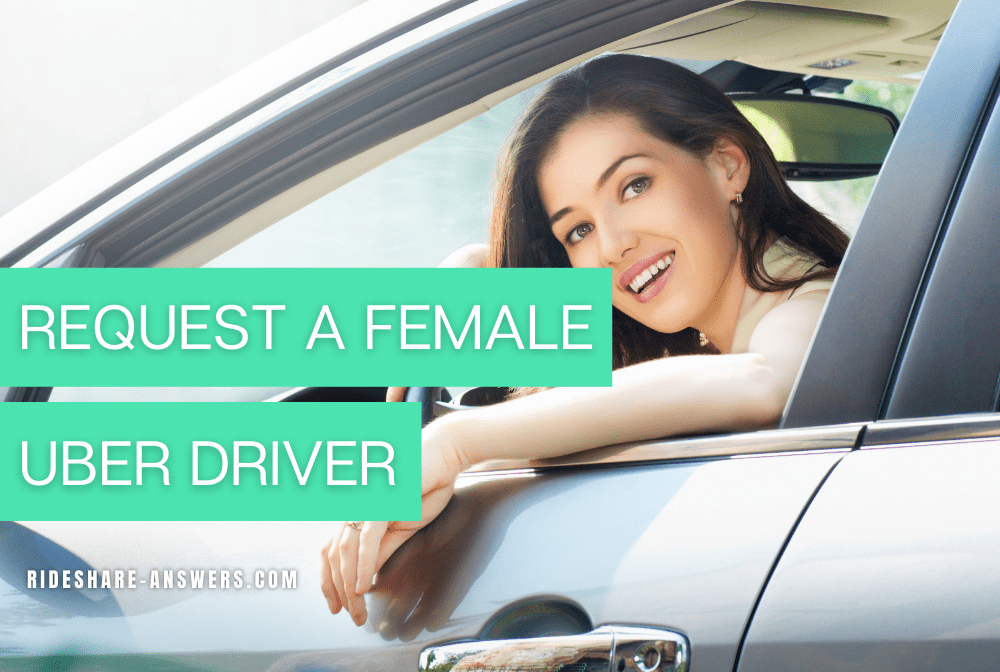 The benefits of Uber’s service are undeniable, and the vast majority of passengers experience a safe and satisfactory ride.

Nevertheless, there have been many incidents and complaints of sexual assaults by drivers or passengers since Uber was first established.

Although the instances are quite rare, female Uber passengers and drivers have experienced situations that make them feel vulnerable and unsafe when using the service.

Many would feel safer if they were able to request a female Uber driver. In this guide, I’ll explain whether this is possible and where Uber stands on the issue.

SO: Can you request a female Uber driver?

Technically, no you cannot request a female Uber driver, because Uber does not allow you to select a driver of a certain gender. This is stated clearly in Uber’s terms and conditions. However, it is a rule that many female customers believe should be reviewed to improve their safety when using the service.

From Uber’s point of view, it could be seen as discriminatory to male drivers if customers were able to turn down their services in favor of a female driver.

This may lead to many male drivers experiencing a loss in the amount of work they get during a shift.

On the other hand, due to the small number of reported cases of misconduct and serious crimes by male Uber drivers, many women believe the rideshare company should allow them to specify the desired gender or their driver to ease their worries.

Refusing a Ride with a Specific Driver

Although Uber customers can’t request a female driver, they can refuse to take a ride with a driver if they don’t feel comfortable with them.

If the customer orders an Uber, and when the driver arrives they decide that they would rather not travel with them, they can cancel the ride.

However, there is a cancellation fee to which the passenger will be charged. This fee varies depending on how busy the service is and the location that you’re in.

If there was genuine cause for concern and your Uber driver was acting inappropriately, you can report this directly to Uber and there’s a very good chance you will be reimbursed for the cancellation fee.

Why Can’t I Request a Female Uber Driver?

To understand why Uber doesn’t allow their customers to request a female driver, we need to analyze some scenarios which occurred in the past.

One of the most high-profile examples was when a well-known airline decided to only hire female flight attendants. This lead to a lawsuit being filed against them in the early 1980s.

The court decided that the airline had acted in a discriminatory manner by refusing to hire any male flight attendants. They argued that the proficiency of an attendant had nothing to do with their sex.

It’s understandable, then, that Uber would want to avoid a similar situation from occurring. If they allowed passengers to request a female drive, this may lead to their male drivers feeling like they’ve been discriminated against.

Uber’s refusal to allow its customers to choose the sex of their driver led to several companies being formed which do provide this option.

Some of the rideshare companies exclusively employ women drivers, while others ensure that the majority of their drivers are female.

These companies include Sheba, Safer, SheSafe, and driver. Although no one can argue that the intention to keep women safe when using the service is a noble pursuit, these companies have been met with opposition.

Many argue that a female-specific rideshare service indicates that many men drivers have bad intentions, and are not to be trusted. Others simply believe that safety should be prioritized and women should be able to choose the sex of their driver.

Despite the concerns of many customers, Uber does not allow its riders to request a female driver.

Their reason is clear – they do not want to discriminate against male drivers who may lose work if this option was offered.

However, the customer has the right to turn down a ride with a driver if they feel unsafe in their company. Many female-exclusive services provide an alternative to Uber that they can use if they wish.